With only one week left until the end of 2019, we continue to list the best films of the year. Next up are the best LGBTI + movies of the year! Many gay movies that left their mark on the world of art and cinema from the Portrait of a Flamed Young Girl and Then We Danced met their audience this year. In addition, the year was marked by the gay Turkey Cinema films. Love, Magic, Vs and Not Knowing, which have not been released yet, are among these important films.

Portrait of a Lady on Fire

Portrait of a Flamed Young Girl is the story of an artist charged with making a portrait of a young woman in Britain in the late 18th century. Marianne is a young painter who lives on an isolated island. One day, the young woman is tasked with making the wedding portrait of Heloise, who just left the monastery. However, Heloise should not be aware that his portrait was made. Marianne has to fulfill her duty literally, so she decides to follow Heloise during the day and portray at night. This situation causes Heloise, who is about to marry reluctantly, to spend the last free moments before her upcoming wedding with Marianne. As the two women spend time together, an unexpected convergence occurs between them.

And Then We Danced

And Then We Danced tells the story of a teenager trying to discover him. Merab, who has an interest in dance since childhood, works with a Georgian community. Merab, who plans to get away from the problems in his life with the dance he is passionate about, works tirelessly to be the best. However, her life becomes completely different with the inclusion of a new dancer in her bands. Merab, who saw the new member of the group, Irakli, as his strongest rival at first, has different feelings over time. Merab, who started to feel different feelings for Irakli, began to get to know himself and his body in this process. The film, directed by Levan Akin , is known to appear with great difficulties, especially in Georgia.

” Love, Magic, etc. “, the film of the successful director Ümit Ünal , which has not yet been released but meets with the first audience at the Antalya Golden Orange Film Festival, is about the love story of two women. Eren comes to Büyükada years later to find her childhood love again. However, Reyhan had to establish an ordinary life because of the difficulties he experienced in Eren’s absence. In addition, Reyhan believes that the magic he had done years ago was on Eren. After the two find each other, you should watch and see what happens! Love, Magic, etc., starring Selen Uçer and Ece Dizdar , won the Best Actress award from Altın Portakal, while the film won the SİYAD award and Dr. Avni Tolunay received the Special Jury Prize.

Not knowing , directed by Leyla Yılmaz , focuses on the life of a family dissatisfied with their lives. Selma and Sinan are now a couple who have trouble enduring each other. Umut, the son of the house, is after joining him. Rumors about the high school at the end of the school about Umut begin to circulate. When Selma and Sinan try to cope with their tiring marriage, Umut suddenly disappears. When Selma and Sinan search for their son, they realize that they have actually lost themselves. Emir Özden , Senan Kara and Yurdaer Okur are the leading actors of Bilmemek, who won the Audience Award at the Antalya Golden Orange Film Festival.

Fin De Siglo is about the story of two men who realize that they actually know each other before. Ocho is an Argentinian poet in his 30s. As the young man wanders through the streets of Barcelona one day, he coincides with a Spanish Spaniard Javi. Starting to get to know each other, Javi and Ocho discover a truth that will shock them both after a day together. The two men who thought that they saw each other for the first time actually met 20 years ago. They are actually more than two strangers who share the same city.

Wild Nights With Emily is referred to as a gay film of biographical comedy. The film, which is about Emily Dickinson’s life as a writer, contains various details from the printing process of her books to her inconsistent and full love life. Emily Dickinson has a lifetime relationship with a woman at this time. Emily, who was only friends with Susan Gilbert at the beginning, is attending poetry reading activities in the Shakespeare Community. The two have to play the lovers in one scene, so romance is sparked. After a while, Emily’s family goes on a long vacation, and Susan stays with Emily during this process. Thus, the relationship between them becomes even tighter.

Bitter and Victory , which carries traces of Pedro Almodovar ‘s life , is about the choices of director Salvador Mallo from past to present and the events that left a mark in his life. In the film, it is the first love for the 60s when Mallo lived his childhood, leaving the place where he was born and spent his childhood, migrating to a village in Valencia with his family, seeking prosperity, and his first love, therapy tool, the events that led him to meet with cinema and to know himself. Pain and Glory, the 7th film co-produced by Almodovar and Antonio Banderas , won Banderas the Best Actor award in Cannes.

In Booksmart, two close girlfriends ( Kaitlyn Dever and Beanie Feldstein ) realize that on the eve of graduating from high school, they need to work less and have more fun. Girls who still have time to stay behind their peers try to fit four years of entertainment into one night. Amy among them has long been in love with a girl in their school. However, he is not brave enough to open up to him. The endless night they will experience on the eve of graduation will give Amy an unforgettable lesson about her love life and open new doors.

Her Smell , starring Elisabeth Moss , tells the story of a punk singer who tries to deal with the problems in her life. Becky Something is the superstar of the all-female punk rock band, Something She, who made her mark in the 90s. However, his glorious days are now gone. The life of the young woman changed completely when she became a mother. While dealing with the responsibility of being a mother on the one hand, Becky, on the other hand, the band members who are losing their enthusiasm, struggle with the problems that come with the tension caused by the albums that they should have released and the change of the music understanding of the new generation. Finding herself in a great predicament, Becky starts to get lonely day by day as she struggles with her problems. The only thing in the mind of the young woman trying to stay sober against all kinds of problems is to find a way to return the group to her good old days. With her group mates, Becky decides to wait for the inspiration to come back to seclusion and bring her back to superstar.

Andrej, 18, in the official selection of the Toronto Film Festival in Posledice , is a young man sent to the correctional home for his troubled behavior. Andrej, who was sent to the correctional house by his mother, who could not bear the behavior of his son any more, joins Zele, a problematic youth like him here. Afraid of Zele, who was at the brink of psychopathy at the beginning, Andrej soon begins to admire her. As she gets closer to Zele, her life becomes harder and she begins to question herself, and Andrej has to choose between a lifestyle like Zele’s and sticking to her own life. 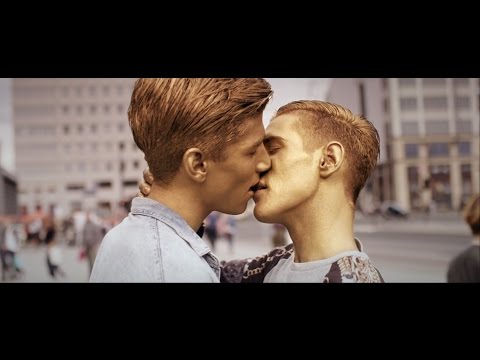 Gay Short Film, A tale of being different – and growing up.
Produced & Directed by: Kai StänickeS
Cinematography: Thomas Schneider

Sometimes all the answers are right in front of us.

Inspired by: Aristotle and Dante Discover the Secrets of the Universe by Benjamin Alire Sáenz