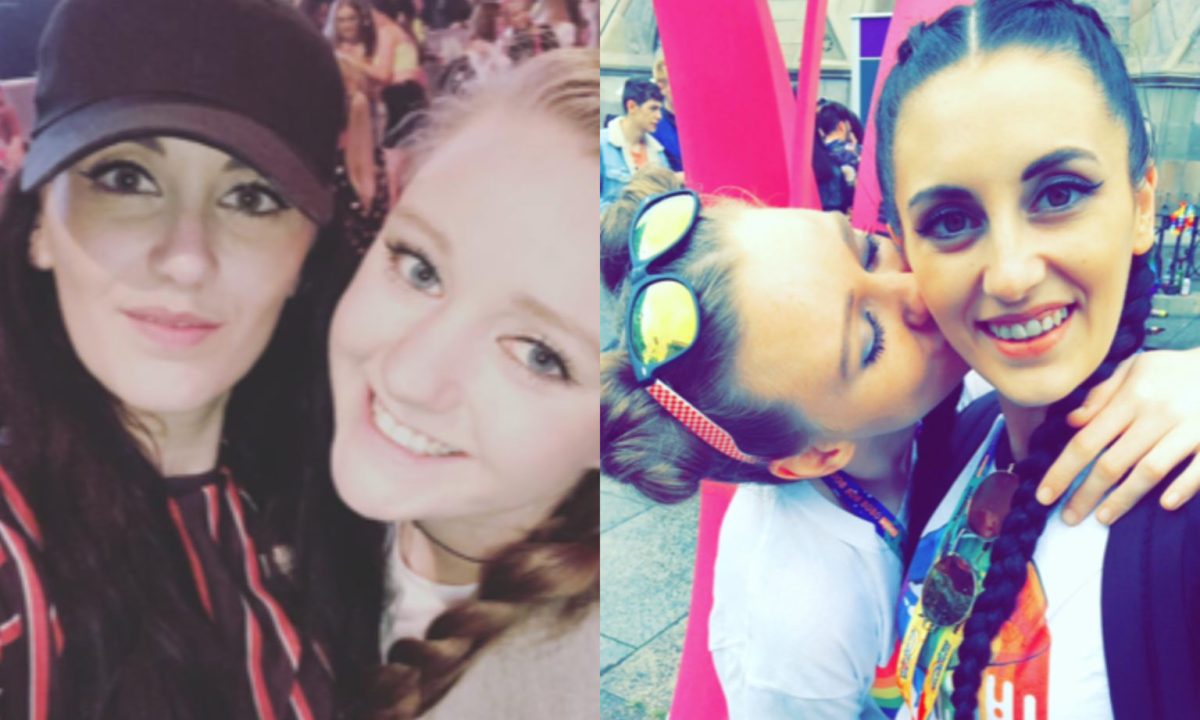 Sharni Edwards, from Brighton and Robyn Peoples, from Belfast, will be the first same-sex, lesbian couple in Northern Ireland to get married next week.

A senior care worker and waiter will make history next week when they become the first same-sex couple to be married in Northern Ireland.

Robyn Peoples from Belfast and Sharni Edwards, who is originally from Brighton, will tie the knot on Tuesday.

The wedding will take place in Carrickfergus, one day after same-sex marriages become legal in Northern Ireland for the first time.

Next week is the first week that same-sex couples in Northern Ireland can legally get married.

NORTHERN IRELAND — The YesEquality Northern Ireland Marriage Equality campaign launched a large scale social media campaign action today.
The campaign is primarily supported by Northern Ireland based The Gay Say, LGBT Rights NI and the international anti-homophobia and suicide prevention group Stop-Homophobia.com.
The campaign has amassed huge amounts of support from individuals, celebrities, activist groups, charities, campaigners and businesses located across NI and throughout the world.
The social media project is operating through the popular “crowdspeaking” service Thunderclap, which was first used by The White House under the Obama administration to campaign against gun violence in the US.
Thunderclap enables the organizers to coordinate a massive social media campaign that will simultaneously post over 2,300 messages and reach over 7.4 million people.
The message going out is as follows:
“Northern Ireland; it’s time for equality! #MarriageEqualityNI”.
By bringing attention to the MarriageEqualityNI campaign hashtag, organizers hope to highlight the issue of marriage equality to voters across Northern Ireland and to an international audience in order to further strengthen campaign efforts.
Danny Toner speaking on behalf of the The Gay Say said: “The #MarriageEqualityNI Thunderclap Project is currently set to reach over 7.4 million people and support has increased beyond our expectations, with hundreds of supporters joining every day. Social reach for the campaign is now higher than the population of Ireland, North and South.
“We are calling on as many people as possible to join this campaign and use social media for the common good. Together we can show voters how important this issue is by reaching out to the vast numbers of people online.
“There are many people in Northern Ireland from all sections of our community who support Marriage Equality and we feel that the upcoming Assembly elections offer an unmissable opportunity to stand up for LGBT rights.
“We have been asking people to use their vote wisely, vote for candidates who support equality for everyone and make a stand against homophobia.”