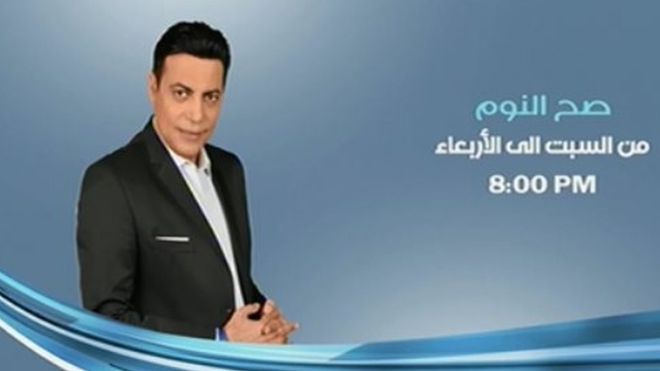 TV presenter Mohammed el-Gaiti in Egypt was tried and sentenced to 1 year in prison for interviewing a gay man on his show last year.

A Giza court also fined El Gaiti, who he found guilty of “promoting homosexuality” on his LTC television channel, and sentenced him to $ 167 for good work.

In the program, gays with dull faces learned that they lived like prostitutes.

Homosexuality is not explicitly defined as a crime in Egyptian law, but the authorities are putting more and more pressure on LGBTI people based on the laws of “common morals”.

Individuals suspected of consensual homosexual relationships are often detained and charged with “immorality” or “insult to religion”.

El Gaiti created a program that led to his conviction in August 2018, and he was tried by the complaint of Samir Sabri, a lawyer known to have filed hundreds of lawsuits against them, accusing famous names of immorality.

The guest of the television presenter, who has repeatedly expressed his anti-homosexual opinions, says in the program on the case that he “regrets” his sexual orientation and explains the difficulties of his life as a sex worker.

The Supreme Council for Media Publishing, which controlled the media in Egypt after the broadcast, issued a two-week ban on the channel for “violating professional rules”.

Samir Sabri, a lawyer, accused presenter El Gaiti of “revealing that money can be made through homosexuality,” the state-controlled newspaper El Ahram said in a statement.

In addition to imprisonment and fines, the court decided that Gheity would be monitored for one year after his release.

Gheity can appeal this decision and be released on bail until his appeal is completed.

Media monitoring in Egypt banned homosexuals from appearing in the media after the rainbow flag was unveiled at a concert in Cairo in 2017.

This was followed by a period of repression, when dozens of people were arrested, putting human rights organizations on their feet.

The authorities regard the 1961 Prostitution Act as a basis for reprisals.

In this law, the crime described as “immoral immorality” is used against persons suspected of having consented to homosexual relations.